The point of no return, the tipping point, the crossing of the threshold, the “whoops” is that what we did last summer (insert sound of crying baby here)?  All these usually point to the same thing…we are f—

In the past couple of weeks there have been numerous articles floating around the internet concerning the imminent collapse of 6 massive West Antarctic glaciers in the Amundsen Sea.  In 40 years, from 1973 to 2013, the amount of melt has increased by 77%, their speed towards the ocean has increased and their grounding line, the point at which they lose contact with the ground, has retreated.

If this bears a striking resemblance to the natural progression of male pattern baldness that’s because man is a microcosm of our dear Gaia who is a microcosm of the universe. Our veins are her rivers, our bladders her lakes, our blood her water.

So perhaps if we applied engineered Rogaine™ to the affected area the glaciers would thicken and their grounding line would return to their youthful level of the 70s, minus the mustache,  over-sized sun glasses, and disco shirts of course. Shudder.

I wager that Gaia is somewhat allergic to geoengineering and that the best thing we can do at this point is to prepare for the onslaught of the Emperor Penguins.

Yes, with all this melting, the Gangnam Style muse (hey…sexy penguin) may be a beauty of the past. Penguins are at risk of extinction but they will not leave this planet without a bold statement.

The Empire of 4-foot tall Penguins will strike back in the form of a 4-foot rise in global sea levels.

Coincidence? I think not…then again,  I am partial to science fiction. Muahahaha.

The Emperor Penguins will morph according to the laws of spiritual physics.  Dust to dust for land creatures is like water to water for our ice dwellers.  Based on to the daily barrage of Antarctic doom in the waterless cloud, humanity has sealed their fate.

How can we ensure their descendants live to carry on their epic march?

Will an ingenious corporation create “Ice Land” inside a building where penguins can travel on treadmills in a virtual reality simulation until the effects of our past fuel choices are finally absorbed by Gaia’s intelligence?

Let’s march forward with non-combustible energies…if not for the penguins for us all. 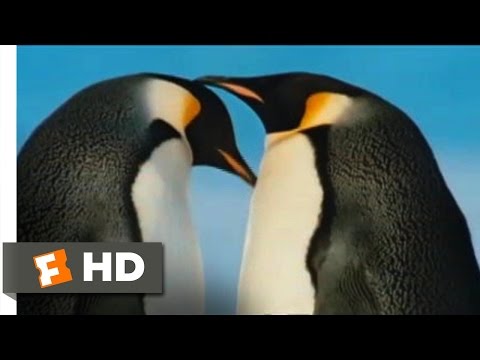 Have a passion for water?

Become an Aguacene Player as a contributor of your talents: author, photographer, water expert, provocateur, information source, spokesperson, or your surprise. Contact us.

Can you hear Water speak?

Those outstanding organizations and people Aguacene flips a “Fins Up!” to